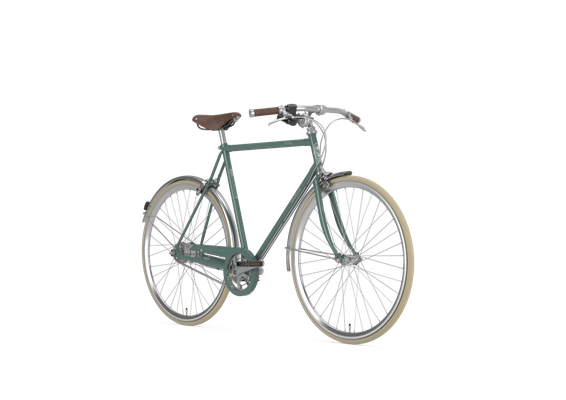 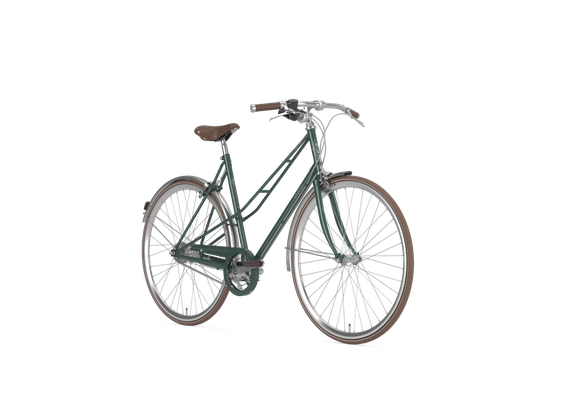 Tommasini - Fatto a Mano in Italia 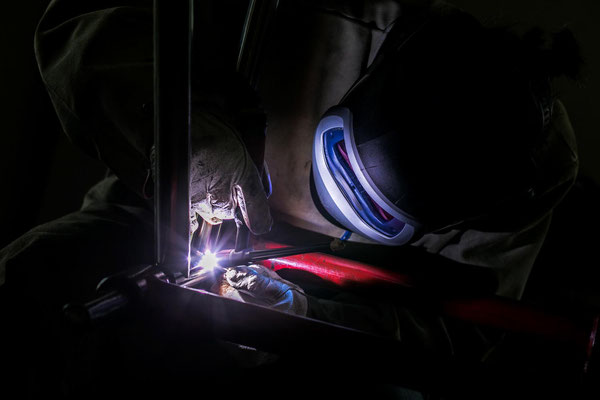 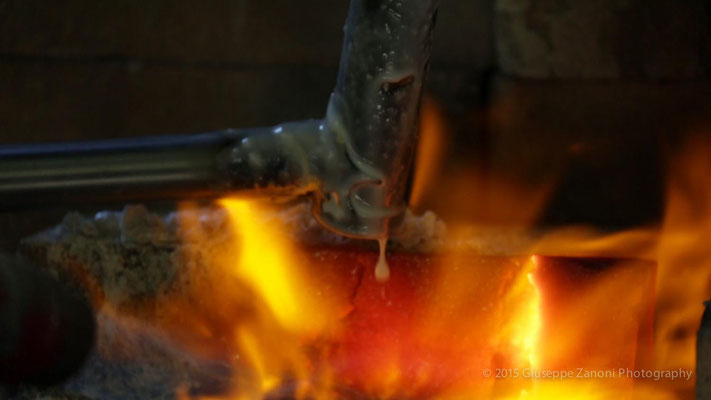 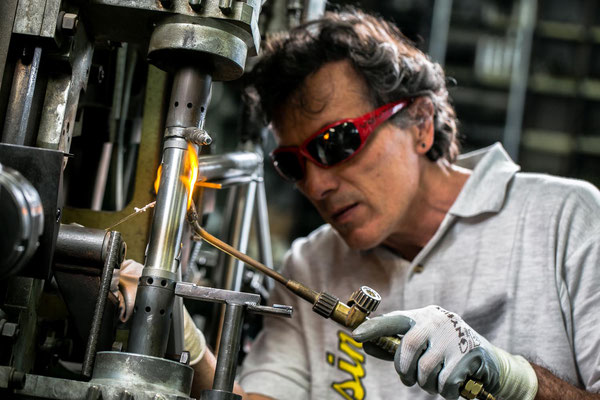 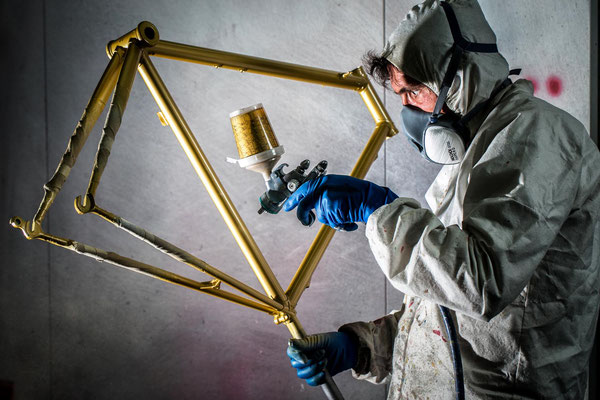 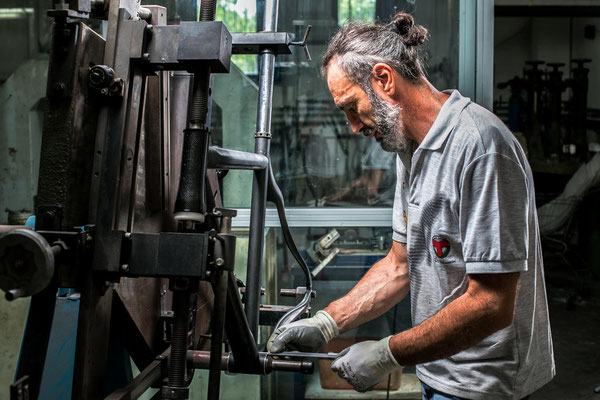 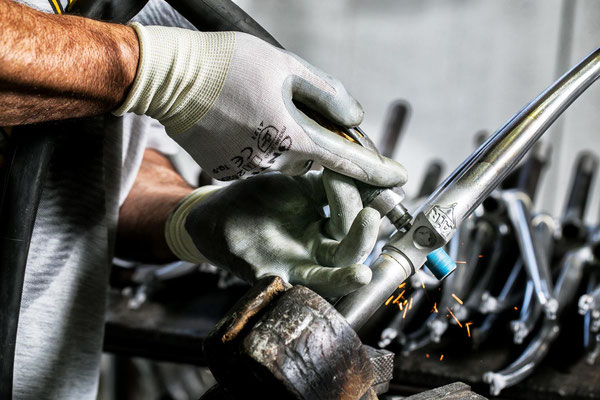 To celebrate 15 years of Bicycle Quarterly, we are examining 12 myths in cycling – things we (and most others) used to believe, but which we have found to be not true. Today, we’ll look at frame stiffness.

When we started Bicycle Quarterly, the thinking about frame stiffness fell into two camps. The majority of cyclists subscribed to the notion that frame flex wastes energy and that stiffer frames are faster. A few scientific types believed that the energy lost to frame flex was small, and thus frame stiffness probably does not matter. There were a few builders, like Bill Davidson, who extolled the ‘lively ride’ of lightweight tubes, but they were mostly ignored.

At Bicycle Quarterly, we mostly subscribed to the notion that it didn’t matter. And so we were happy riding relatively flexible frames… Sure, stiffer frames might offer marginally better performance, but seeing pros win on Vitus and Alan frames that had a reputation for being ‘noodles,’ we figured that if a frame was stiff enough for Tony Rominger and Sean Kelly, it would be stiff enough for us.

Then we tested a bike that didn’t perform well for us. It seemed to bog down on the climbs. It was harder to maintain a high cadence. It wasn’t as much fun to ride. I described this to the framebuilder Peter Weigle, adding: “The frame is made from heavy-wall, oversized tubing, so it must be plenty stiff. I can’t figure out why it doesn’t perform.” Peter paused for a while, then he said: “What if the frame is too stiff for you?”

That was something I’d never considered! It was like saying that my bike was too light, or that I had too much power. But it got me thinking.

Along came another Bicycle Quarterly test bike (above). This one performed better than expected. It wasn’t particularly lightweight, and our initial expectations weren’t all that high. And yet, whether it was me or Mark (our second tester) riding it, this bike climbed faster than our other bikes. It turned out that it was made from very thinwall, and thus flexible, tubing.

So we had tested one bike that was stiffer than our own, and it didn’t perform as well. A second one was more flexible, yet it performed better. Even more startling was the difference in feel. On the flexible bike, pedaling faster didn’t seem as hard. We were out of breath, but our legs didn’t hurt. Once we got in sync with the frame, its response to our pedal strokes felt like a boat rising out of the water, going faster with only a little extra energy input. “You mean, it ‘planes’,” said Matthew Grimm of Kogswell, when I described the phenomenon to him. Deciding that the phenomenon needed a name, we used the term ‘planing’ to describe it.

We could only guess at the physical explanations for what we observed, so a term that was purely descriptive of our observations seemed best and most honest. Sort of like saying that a bike ‘flies’ up a hill, when in reality, its tires don’t leave the ground…

How to test whether our experience was real, and not just our perception? (Perhaps Mark and I just liked red bikes?) All the other magazines were still talking about ‘laterally stiff and vertically compliant frames’ as the ultimate goal… We decided to do a double-blind test with four identical frames, made from three different tubesets. (The duplicate frame served as a control.) Apart from the top and down tubes, the bikes were identical down to the last component. Their weights were equalized to make them truly the same – except that their flex characteristics were different.

The only way to identify them was by their stem cap, and that was switched by the test adminstrator between test runs. And of course, the testers weren’t allowed to talk to each other until the experiment was unblinded at the very end. This test was a huge (and expensive) undertaking for a small magazine, but we felt it was important to do this right.

The results confirmed our previous impressions: Two of our three testers could identify which frame they were riding with 100% accuracy, just based on how the frames performed under hard pedaling. Not only that, these riders were consistently faster on the more flexible frames. Power meters showed that they put out up to 12% more power on the frames that ‘planed’ best for them, yet they felt easier to ride hard. (Our third tester couldn’t tell the – very small – differences. All the bikes in this test were relatively flexible by today’s standards.)

12% more power is significant! What is happening when a frame planes? A frame that is too stiff apparently ‘pushes back’ against the rider’s pedaling. The rider cannot apply maximum power during the downstroke before their legs start hurting. Imagine pushing against a brick wall – the wall doesn’t move, so no work is done, yet your legs fatigue quickly.

If the bike ‘planes’ in sync with your pedal strokes, then your legs no longer are the limiting factor. Now your cardiovascular system determines how fast you can go: Your maximum heart rate is the limit.

In the decade since we published our double-blind tests, the belief that stiffer frames are better has lost a lot of traction. Experts finally have tried to measure the energy lost to frame flex, and they came up empty-handed. When Damon Rinard, Road Engineering Manager at Cannondale, proclaims, “I no longer believe that the ultimate rigidity defines the ultimate bike!” you know that the world is changing.

The challenge for the future is to fine-tune frame stiffness to the rider. It’s not simply that ‘more flex is better.’ Our tests indicate that more powerful riders may benefit from (slightly) stiffer frames. It all depends on your pedal stroke and power output.

Acknowledgments: We thank framebuilder Jeff Lyon who made the frames for the double-blind test, Hank Folsom of Henry James who donated the True Temper tubing, and Hahn Rossman who administered the experiment.

Posted in Testing and Tech | 18 Comments 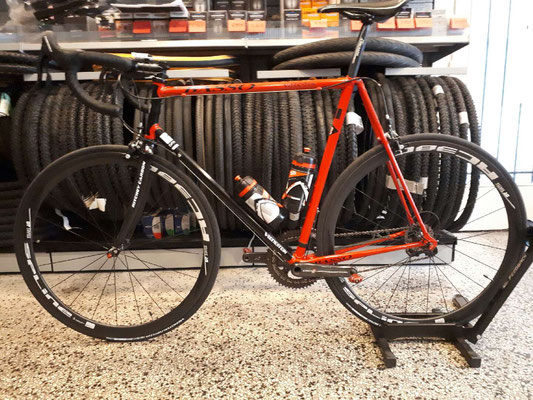 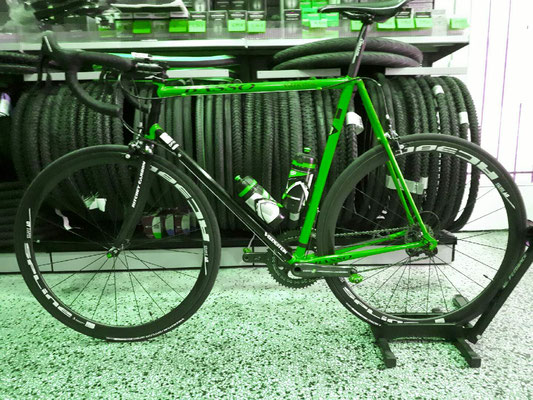 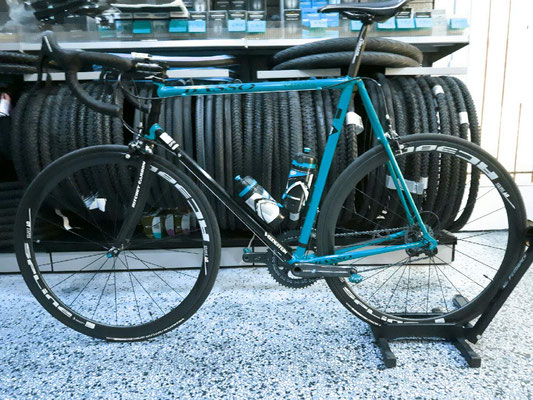 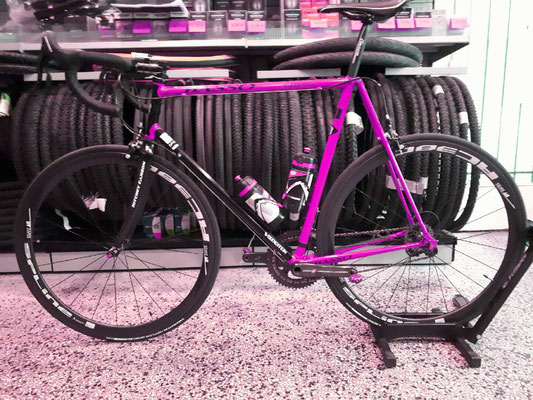